This is an excerpt from Second Opinion, a weekly roundup of health and medical science news emailed to subscribers every Saturday morning. If you haven’t subscribed yet, you can do that by clicking here.

Canadians hoping to get vaccinated against COVID-19 are stuck in limbo across much of the country.

While vaccination programs are well underway for high-risk populations, shipment reductions and ongoing uncertainty mean there is a lull — potentially for weeks or even months — before Canada sees a steady flow of supplies.

The tide is set to turn eventually, with Premier Justin Trudeau saying on Friday that he has assurance from Canada’s two key suppliers, Moderna and Pfizer, that a combined six million shots are still coming down the pipe before the end of March.

Multiple other vaccines could also gain a stamp of approval alongside the shots already being used. Paying into the World Health Organization co-led COVAX program is set to pay off and Canada recently inked a deal to produce millions of Novavax doses domestically.

That gets shots into the country. But what about getting shots in arms?

With a federal government goal in place to vaccinate all residents who want the shot before the end of 2021, and millions of Canadians longing for an end to the pandemic, this waiting period comes with an opportunity to scale up vaccination programs — before the bulk of shipments arrive on provinces’ doorsteps.

Dr. Naheed Dosani, a Toronto-based palliative care physician and advocate for health justice, said Canada is in a “race against time” to build up community outreach, decentralize vaccination sites and combat vaccine hesitancy.

“We can’t waste time. Every minute, every hour every day counts,” he said.

“Down the road, we don’t want to look back and think in early February, we were kind of just waiting for vaccines, we could have done more to address education and provide information for our communities.”

Other medical experts agree this lull period is critical, giving Canada a chance to learn from the successes of countries that are further ahead in their vaccination programs.

Earlier this month, Ontario’s COVID-19 science advisory table released a report outlining takeaways from Israel, where roughly 80 per cent of older adults in the country are vaccinated as scientists there are tracking a drop in COVID-19 cases, hospitalizations and critical illness.

“Israel worked around the clock to vaccinate as quickly as possible,” said Toronto-based geriatrician Dr. Nathan Stall, one of the table members.

And it goes beyond speed, he said.

“We really, really want to try to decentralize vaccine sites away from hospital systems into the communities, and I think it’s very, very important to engage community leaders, especially in areas in remote places where accessibility is a huge issue,” said Dr. Sumon Chakrabarti, an infectious diseases physician at Trillium Health Partners in Mississauga, Ont.

“And you know, this is going to be absolutely key in getting as many Canadians vaccinated as possible.”

That’s the approach in the U.K. as well, where more than 10 million citizens have been vaccinated against COVID-19 to date.

The country is using a mix of community clinics and pharmacies, hospital sites and large-scale venues like sports stadiums, totalling around 1,500 sites, with mobile units planned for highly rural areas.

The goal, according to the U.K. government, was to have every resident living within roughly 16 kilometres of a vaccination centre.

Canada’s COVID-19 vaccine rollout has gotten off to a sluggish start, but there could be lessons to learn from countries such as Israel, which has vaccination clinics operating around the clock. 3:11

Unlike the U.K., Canada has to contend with a population spread out over a vast geographic area. Even so, provinces are exploring decentralization in a variety of ways, although some frameworks are more fleshed-out than others.

In Ontario, which began its vaccine rollout within the hospital system, regional public health units are  preparing and presenting vaccination plans, which may include work with community physicians and pharmacists, provincial officials told CBC News on Tuesday.

Saskatchewan has vaccination sites spread  across 10 different zones, with doses heading to more than 50 different communities, while Manitoba is primarily taking a “supersite” approach with large-scale vaccination clinics happening at several facilities like a gymnasium and convention centre, alongside the shots doled out by physicians, pharmacists and pop-up clinics.

“Mobile clinics in self-contained vehicles will be available for some rural communities and for people who are homebound due to mobility issues,” the plan said, adding more details will be released before April.

On the East Coast, Prince Edward Island officials announced vaccine clinics in several cities set to launch in late February — and recently made changes to a law that comes into effect this month and will eventually allow pharmacists to provide COVID-19 vaccinations alongside their usual roster of shots.

But ensuring that community clinics can offer vaccines widely and efficiently requires significant planning beyond finding buildings or hiring staff.

“This short amount of time, until the next series of vaccines are rolled out in large numbers, is the time to develop those prototype clinics — if you haven’t done them — to make sure you’ve got a vaccination recording system in place and have all your communications sorted out,” said Dr. Joanne Langley, a pediatric infectious disease specialist at the Halifax-based Canadian Center for Vaccinology.

Multiple experts who spoke to CBC News stressed that communication needs to include trusted community leaders, culturally sensitive messaging and information about vaccine programs provided in a variety of languages. Toronto-based physician Dr. Naheed Dosani says during this lull period when Canada is waiting on a steady supply of vaccine shipments, it’s crucial to reach out to communities, provide educational materials and combat vaccine hesitancy. 0:42

“You can have some person on TV just talking, telling you to get vaccinated, but it’s different if you have somebody who’s trusted in the community, whether it’s a community member, priest, doctor that you know,” said Chakrabarti.

In the Toronto area, Dosani said there’s a groundswell of innovation and support from local organizations, with community health centres already working to address vaccine hesitancy among communities where it is common — and rooted in long-standing trauma and distrust of the mainstream medical system.

But governments need to support those efforts as well, he said.

As vaccination campaigns scale up to include more members of the community, building large-scale booking systems has been a key priority in different countries to manage the massive number of appointments.

But there may be lessons to learn there, too. South of the border, the same system is being used in multiple states, with U.S. media outlets reporting that it’s proving buggy and unreliable.

Meanwhile, in some areas of Florida, other types of online-only booking systems have sparked frustration among seniors — the age group most at risk of dying from COVID-19 — and led to reports of people stuck refreshing web pages to snag one of the limited spots or flying in from abroad to get vaccinated. 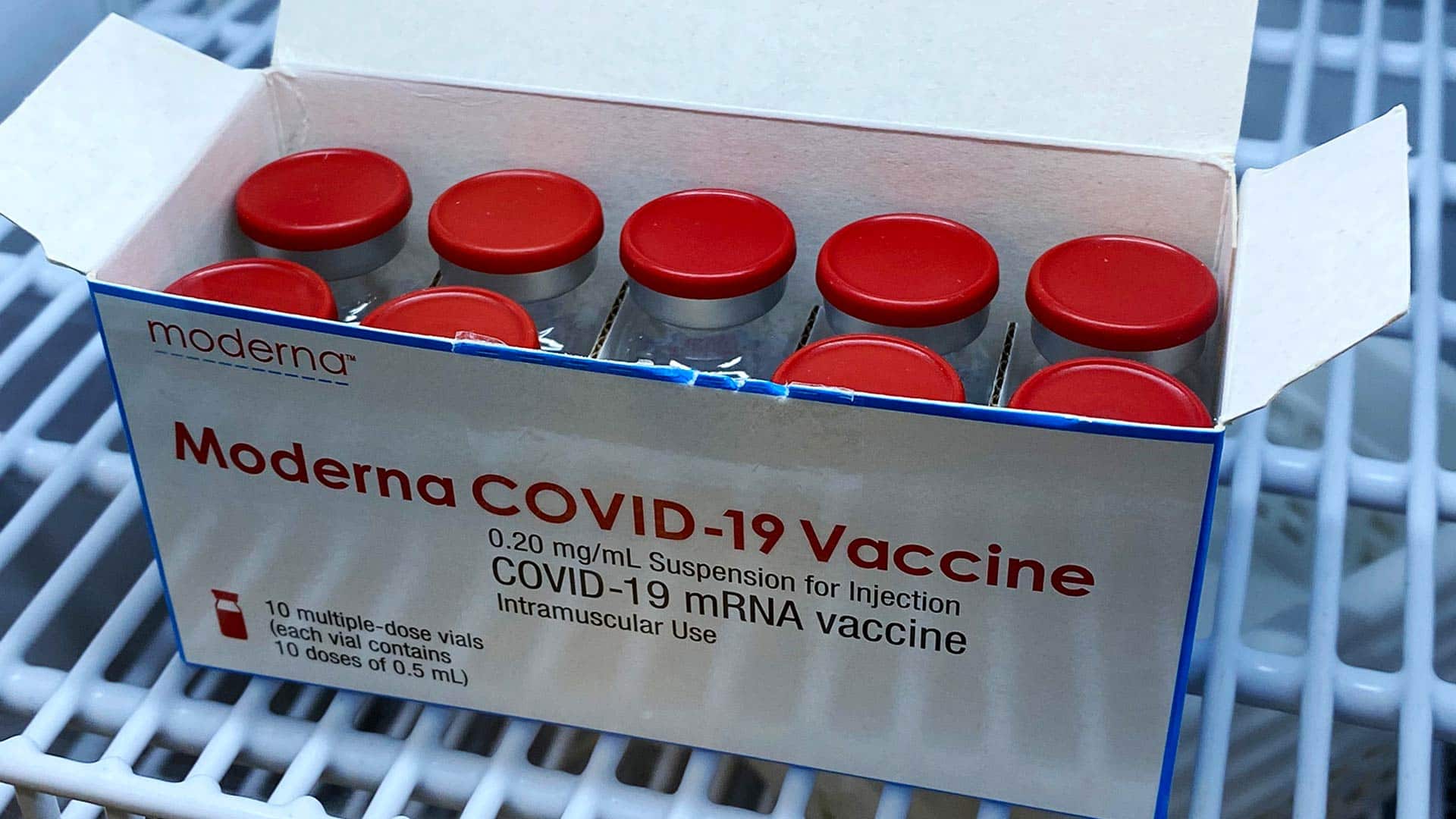 There is renewed uncertainty around delivery dates and amounts of Moderna vaccines for Canada. While Ottawa has secured more AstraZeneca doses, some criticize the plan to draw supplies from the COVAX vaccine-sharing initiative. 2:19

“My fear is you’re going to have a vaccine booking system that’s going to be like purchasing playoff tickets for a sports team where everyone’s going to line up, crash the system, try and book as fast as they can,” he said.

“And you’re going to leave behind the people who need the vaccine the most.”

Yet, even more traditional booking methods can come with hiccups.

Prince Edward Island set up a dedicated phone line so anyone aged 80 or older can start booking COVID-19 vaccine appointments, seven days a week. It’s already so popular that seniors are struggling to get through, prompting the province to boost the number of people taking the calls and, soon, to start offering online booking options as well. 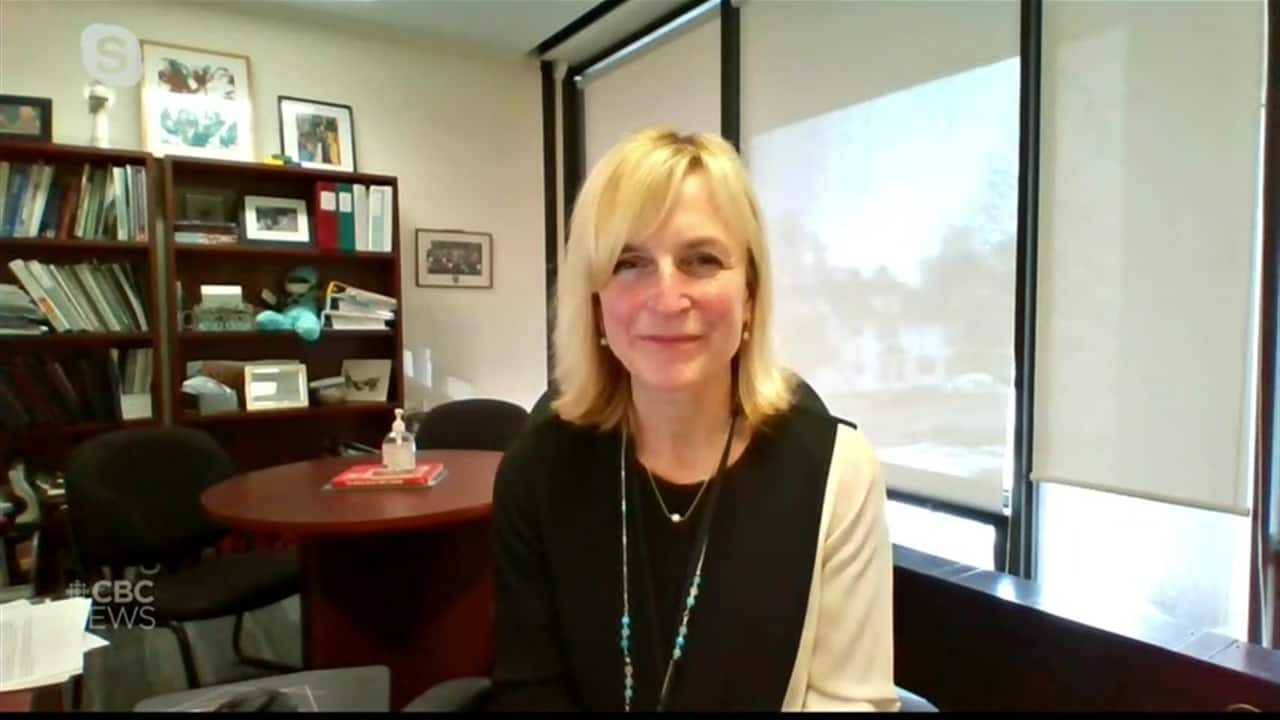 Islanders can book appointments now by phone by calling 1-844-975-3303, but there are a lot of callers this week. An online booking option may be ready next week, Dr. Heather Morrison says. 6:26

With so many facets to a vaccination rollout, at a scale and speed Canada hasn’t experienced before, the process is rife with challenges — but that’s where this lull might  come in handy.

“I appreciate that we don’t have an adequate supply yet to be vaccinating the general public,” Dosani said. “But there is a lot of time that’s just passing right now that can be used for things like public education.”

Officials are also stressing the need to maintain now-engrained precautions to keep the coronavirus at bay while Canadians await widespread inoculations.

“These factors underscore the importance of sustaining public health measures and individual practices and not easing restrictions too fast or too soon,” she said.

“This is particularly important in light of the emergence of new virus variants of concern that could rapidly accelerate transmission of COVID-19 in Canada.”

It’s a tense time, but light at the end of the tunnel may be closer than it seems.

“Our job is to keep ourselves and our families safe until we get that vaccine,” Langley said.

“And once it’s rolled out in the whole population, we’ll be in a different place.”