A Ghanaian-Canadian poet and musician is hoping his short film, which premiered this month on the American version of Sesame Street, will serve as a “tiny, little” seed toward better Black representation in children’s media

Ian Keteku, 36, wrote and directed C is for Counting, which was re-released on HBO Max on Feb 11  The short clip stars Nyamekye, a Black girl who sings while counting and planting “tiny little carrot seeds” with her mom.

Keteku says it was a chance to showcase under-represented children in the media, namely those with an African background.

“The shows I liked the most when I was a kid were the ones I saw myself represented, that had a Black character, but there weren’t many of them,” Keteku said.

“As little kids, we would pretend to be the characters we see on TV.”

Born and raised in Calgary, Keteku spent a few years in the West African country of Ghana when he was a child, an experience he says has inspired much of his work..

“It was definitely a culture shock … We missed our friends … but once we got there, we gained a deeper appreciation for our country, the continent, its people, and its culture,” Keteku said.

Nyamekye isn’t only a breakthrough in Keteku’s career in kids’ television, but it has a deeper meaning: she is an homage to his mother, carrying her middle name.

Keteku’s mom was raised by a single mother in Ghana, just like Nyamekye in the video. 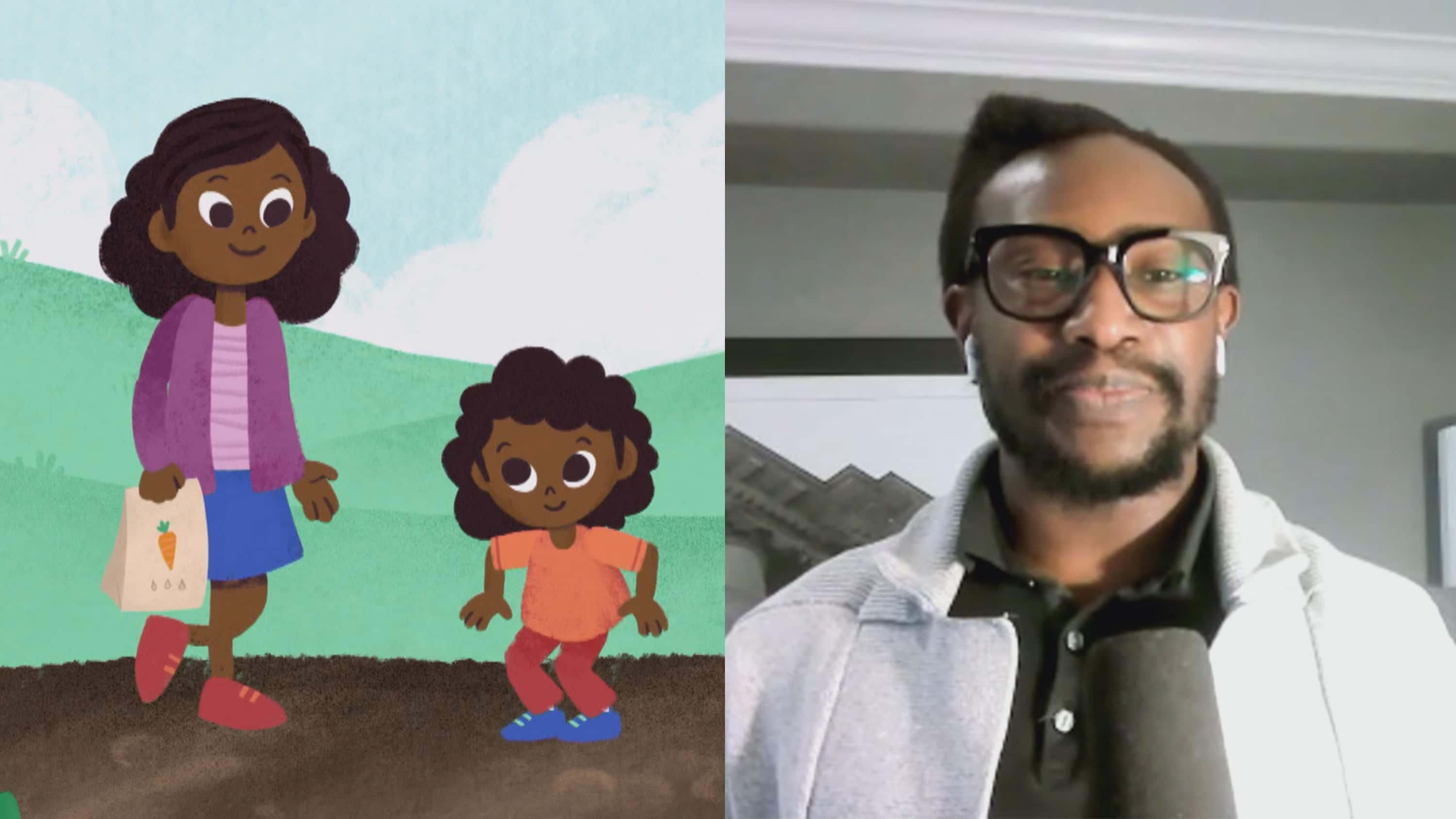 “That was their whole life; it was the two of them,” Keteku said.

Nyamekye is voiced by Eva Anthony, who is based in North York and is the daughter of Black writers and advocates Carlos and Paulina Anthony.

“Because the story deals with a Black daughter and her Black mom, it was important to me and Sesame to have that voice reflected in the child who was doing the voice-over,” Keteku said.

But it was a BIPOC children’s TV writing bootcamp in 2018 that inspired him to write for children.

“Being able to invest in my ancestry and see that there are issues in Africa or about African people, I felt like, if I have a voice, I’d like to land my efforts towards [their] causes,” Keteku said.

Keteku first pitched a story to Sesame Street producers in the show’s workshop at the Toronto International Film Festival in 2019. His pitch didn’t win, but it wasn’t forgotten.

Months later, Kimberly Wright, one of the show’s producers, recognized Keteku at an event run by imagineNATIVE, an Indigenous media organization. He was invited to pitch again.

Now Keteku’s clip can be seen in the episode The Counting Booth Counters, a repeat of a 10-year old episode with newer segments like his added in. It’s set to be released on Canadian television between summer and fall 2021.

Josanne Buchanan, a media researcher at Ryerson University’s Children’s Media Lab, says the media works as both a window to the world and a mirror.

“Many young children can see themselves positively represented on TV, as heroes, athletes, princesses. Some kids aren’t seeing that,” Buchanan said.

According to Buchanan, under-representation has a strong negative effect on their self-esteem.

“It’s like looking into the mirror and not seeing your reflection,” she said.

The researcher adds that when kids see confident characters and absorb that confidence they can “live out those experiences in real life.”

But, she says, the opposite can happen to  kids who are repeatedly exposed to under-representation, stereotypes or who don’t see themselves represented at all.

“When they are always represented as villains,  they internalize those messages over time,” Buchanan said.

Like Keteku, Buchanan also shared her experiences as a Black girl watching TV.

“I can name a few Black female characters that were [on screen] when I was younger and that left me a bit sad,” she said.

“In order to be a princess, I had to have straight hair.”

Bringing different voices into the narrative

According to Children’s Media Lab’s latest research, although Black representation has increased, “there are still many groups that continue to be under-represented or not represented at all,” said Buchanan, such as Middle Eastern, Indigenous and Latinx people.

“It’s going into their culture, being voiced by a Black person, or having a Black writer or director to write about the Black character’s experiences, so that is accurate,” Buchanan said.

For his part, Keteku believes the industry is changing and he has been in talks with different organizations and television producers to help it do just that.

Keteku’s clip is one little tiny seed, he says.

“You have to water your dreams, foster growth within the seed you’re hoping to bloom,” he said.

“Sometimes it takes a long time … Nyamekye has to wait days for the seeds to grow. But if you put good intention and love behind it, you will see it grow in time.”